Publication of Focus Paper no. 1/2019 “An overview of public finance strategies in the 2019 Draft Budgetary Plans of the euro area countries”

In the first part of the Focus, the objectives for the main public finance aggregates contained in the DBPs are compared, especially those relevant to the rules of the Stability and Growth Pact (SGP), for the years 2017, 2018 and 2019. After a brief analysis of the fiscal stance of the euro area countries, the final part of the Focus describes in more detail the strategies laid out in the DBPs of the main euro area economies (excluding Italy), namely Germany, France, Spain, the Netherlands and Belgium, highlighting the divergences from the objectives presented in their Stability Programmes in April and briefly discussing the opinions of the European Commission and the conclusions of the Eurogroup concerning the DBPs.

Table 1 compares the main public finance indicators of the euro area countries for 2017-2019 together with the European Commission assessments on the achievement of the medium-term objective (MTO) and the most recent outcomes of the excessive deficit procedures (EDP), based on updated data notified to Eurostat in the autumn of 2018. 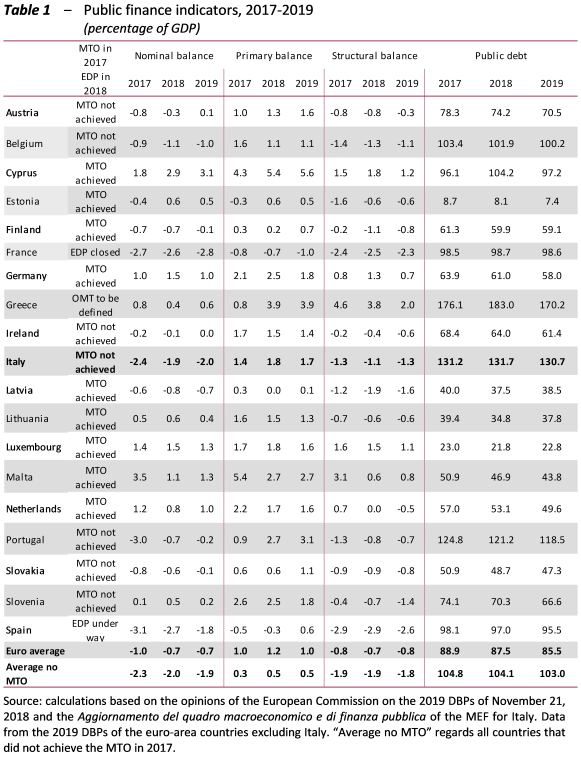 These are the main conclusions: