The Focus Paper (in Italian) offers a concise comparison of the public finance objectives of EU countries, as described in the European Commission’s Recommendations and Assessments of the Stability and Convergence Programmes (SCPs) presented last April. With the adoption by the Economic and Financial Affairs Council (ECOFIN) of the Country Specific Recommendations related to the 2019 SCPs on July 9, 2019, the analysis and coordination of the public finance objectives of Member States has been completed and the “national semester” of implementation of national fiscal policies has begun. The latter will continue to be monitored at EU level to verify compliance, at least in general, with the recommendations of the Council of the EU.

The Focus paper is divided into three parts. In the first one, the various budget indicators are compared for all EU countries, especially those relevant to the rules of the Stability and Growth Pact (SGP) for 2018, 2019 and 2020. The second part briefly analyses the fiscal stance of the European Union and the euro-area. The third part discusses the budgetary strategies of the main euro area economies (excluding Italy), namely Germany, France, Spain, the Netherlands and Belgium.

The data regarding the budget objectives (for those regarding the general government balance and the level of public debt as a percentage of GDP, see Figures 1 and 2) and the Commission’s assessments reported in the Focus paper are also available in infographic form downloadable from: http://en.upbilancio.it/comparison-between-the-stability-and-convergence-programs-2019/.

The main indications arising from the comparison of the SCPs presented by the individual Member States in the 2019 round are summarised below. 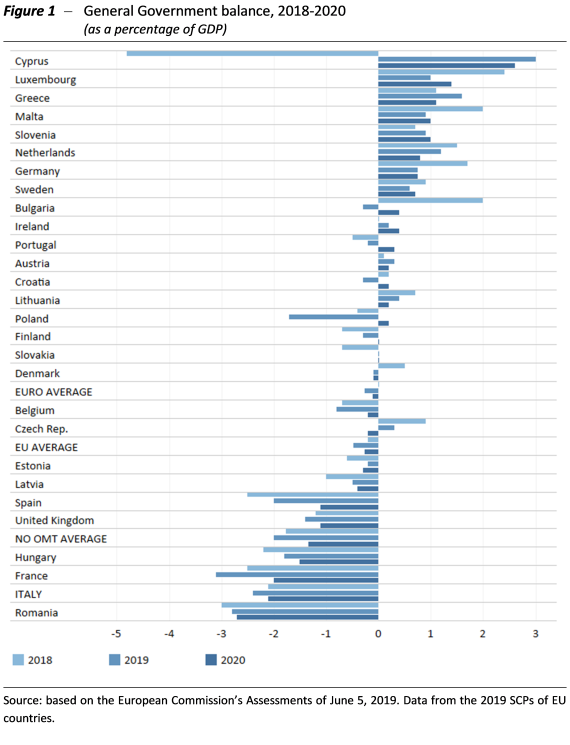 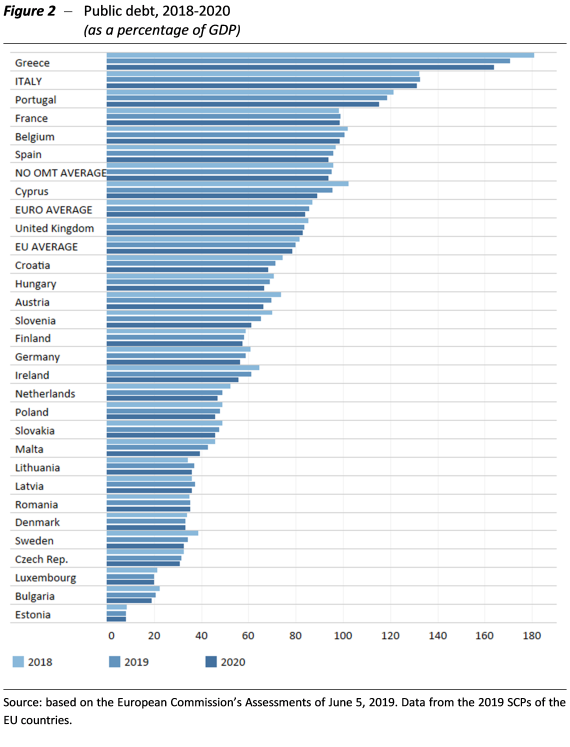