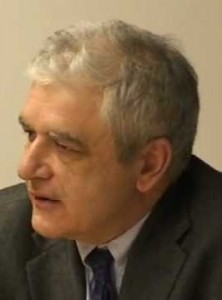 Giuseppe Pisauro is Chairman of the Parliamentary Budget Office. He is a full professor of Public Finance at the University of Rome “La Sapienza” (currently on leave). He is a graduate of the University of Rome “La Sapienza” and received a M.Sc. in Economics from the London School of Economics. He previously taught at the University of Perugia and at LUISS, Rome. He was a member of the Technical Commission for Public Expenditure of the Italian Treasury Ministry (1991-2003) and of the Technical Commission for Public Finance of the Italian Ministry for the Economy and Finance (2007-2008). He also served as dean of the Higher School of Economics and Finance of the Ministry for the Economy and Finance (2006-2014). He has served as a consultant to national and international institutions (such as the Office of the President of the Italian Republic and the International Monetary Fund). His main research interests are fiscal policy, the budget process and public expenditure programmes. He has published in Italian and international journals such as the Journal of Public Economics, the International Journal of Public Administration, the European Journal of Political Economy, Politica economica and Rivista di diritto finanziario e scienza delle finanze.